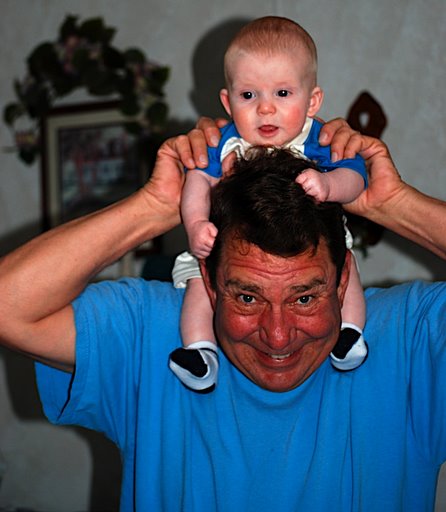 A couple nights ago, we went to mom and dad’s to hang out and have dinner.

Josiah had cut a couple of teeth and added some new baby babble and an army crawl to his bag of tricks since they had last seen him, so we went and had some catfish and played some boccie ball and let them get a little ‘grandson fix’.

Dad: So, I’ve been reading through Romans.

Dad: Yeah… I tell you though, I think Paul says some pretty crazy stuff.

Me: Yeah? Like what? (I’m expecting him to talk about how Paul puts everyone under the curse of original sin in chapters 1-3)

Dad: Well, if I’m reading it correctly, he says that God rules over everything, to the extent that He even chooses who will accept His salvation. He wants to create a contrast, so that His salvation looks even more glorious. Paul seems to go out of his way to explain that God’s glory is His first priority, even above people.

Dad: I guess. But that doesn’t sound like anything I’ve ever heard at church. I’m gonna go find a good commentary so I can figure it out.

Yeah dad… you just might be on to something there…

What book/commentary would you recommend for him?